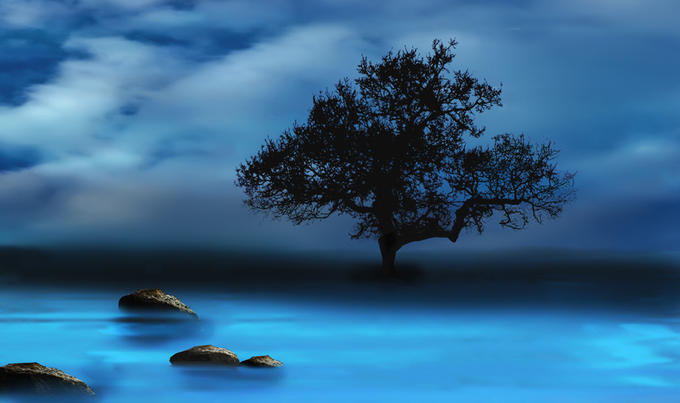 This is not a favorite subject of many people. And for a good reason too. We sometimes wonder what life after death would be like, and that is exactly where the fear comes from. Some are not certain what comes after death, others are not certain if they will ‘pass the exam’ at the end of the road. However, many may have experienced death as a painful separation from a loved one; a sudden departure of a relative, spouse, child, friend or even a favorite pet. We feel that empty space that they no longer occupy and that leaves a stinging pain behind. I confess, I had this pain also when my 2 favourite budiges flew away. I had bought a new one as well, beautiful white, like an angel, so astonishing. And all of a sudden, from night until the morning, his condition went from full alive to dead sick. I had prayed and anointed her, after which she got more awake, and even started flying once. So I was confident that she was healed, until she passed all of a sudden away. I remember sitting there and holding her in my hands, just staring. Imagine how it would have felt if it was my mom, dad, or little bro, or any of my family and friends. Death can be a very very painful event in ones life. If we look around, we see advertisements of ‘staying healthy to live longer’, ‘new medicine for certain life threatening diseases’, ‘vaccinations’, which are all aimed at prolonging ‘the time’. Let’s face it: we cannot prevent death. To some it is an agonizing thought that one day they could lose all they have gained in this world. For this reason, many are bound by fear to do the right thing, follow orders, do everything in the right order, etc.. This fear is even so strong that certain people are using it to stir the ‘multitude’ to go to the direction they want ‘the multitude’ to. They use this as a tool for manipulation, to get what they want. So where does this ‘fear of death’ come from? Deep down, we know that one day a record will be opened against us. A list of all things that we have done and not done to and for others. We know it, ask yourself this question and you’ll be overwhelmed by a fear. Because we all know that we did wrong things. The bible clearly states:

So saying you have not sinned or have no sin makes God a liar. And of course God is not a liar, because He cannot lie. What He speaks, that is. Look at Genesis. Light, be! And it was. So we have sin, and sin leads to death, which is being cast into hell, a place without God. And if earth at times is bad, which has the knowledge and presence of God here and there, imagine how bad a place would be without any presence of God. BUT! Here comes the turnaround point. THIS is the reason God send us His own Son, Jesus Christ, to die for our sins![1] Jesus had no sin,[2] He didn’t need to die on the cross, He didn’t even need to come to earth! He was in the presence of God, the Father, whom NO MAN has ever seen.[3] The sovereign God! King of kings and Lord of lords.[4] And He sends His Son to die for us. We are guilty! We deserve death because of our sins, but what does God do. Instead of condemning us to hell, out of His own love He agreed that His Son would be offered up for us. Do you understand what tremendous love that would take?

Let’s reflect back on what was written in the first paragraph. There we were discussing the agonising and painful moments of death of a loved one. Can you imagine, sending your most favourite, most beloved baby son to die for a thief? A liar? How about a murderer? I wouldn’t. But God did. He had every right to judge us, but He chose for mercy instead. I want you to take that in for a moment… as you read these scriptures

For when we were still without strength, in due time Christ died for the ungodly.
For scarcely for a righteous man will one die; yet perhaps for a good man someone would even dare to die.
But God demonstrates His own love toward us, in that while we were still sinners, Christ died for us.
Much more then, having now been justified by His blood, we shall be saved from wrath through Him.
For if when we were enemies we were reconciled to God through the death of His Son, much more, having been reconciled, we shall be saved by His life.
And not only that, but we also rejoice in God through our Lord Jesus Christ, through whom we have now received the reconciliation. (‭Romans 5: 6-11 NKJV)

But we see Jesus, who was made a little lower than the angels, for the suffering of death crowned with glory and honor, that He, by the grace of God, might taste death for everyone.
Inasmuch then as the children have partaken of flesh and blood, He Himself likewise shared in the same, that through death He might destroy him who had the power of death, that is, the devil,
and release those who through fear of death were all their lifetime subject to bondage.
For indeed He does not give aid to angels, but He does give aid to the seed of Abraham.
Therefore, in all things He had to be made like His brethren, that He might be a merciful and faithful High Priest in things pertaining to God, to make propitiation for the sins of the people.
For in that He Himself has suffered, being tempted, He is able to aid those who are tempted.
(‭Romans 2: 9,14-18 NKJV)

You see now my beloved brothers and sisters, God is now for us! In Jesus we are safe. If we remain in Jesus and his commandments to love one another as He loved us, we are free from death. God promised that we would not see death, and He proved it! By the blood of His own Son. It won’t get any better than this! God (Jesus) laying down His own life for us to prove He will do what He promised to you! The most precious thing in heaven was offered up for your sakes.[5] So be at peace, when we die in Christ, we are alive! We do not perish, we do not go extinct, no, we RISE with Jesus. Go now and be at peace over death. Remember that we are risen in Christ. So if our bodies die off, the Glory that is hidden in Jesus will be the thing that will be brought forth. Just like a seed that was planted needs to ‘die’ to give life to a beautiful tree with fruit. So must also we eventually let go of this body and world, in order to spring forth as a beautiful gem crafted by the hands of Almighty God. Each gem with it’s own beauty, precision, honour, glory, and fulfilment. Rest, beloved brothers and sisters, in the Lord Jesus. Rest.

[1] – For God so loved the world, that he gave his only begotten Son, that whosoever believeth in him should not perish, but have everlasting life.

For God sent not his Son into the world to condemn the world; but that the world through him might be saved.

[2] – For he hath made him to be sin for us, who knew no sin; that we might be made the righteousness of God in him. (2 Corinthians 5:21 KJV) [3 – 4 ] – That thou keep this commandment without spot, unrebukable, until the appearing of our Lord Jesus Christ:

Which in his times he shall shew, who is the blessed and only Potentate, the King of kings, and Lord of lords;

Who only hath immortality, dwelling in the light which no man can approach unto; whom no man hath seen, nor can see: to whom be honour and power everlasting. Amen. (2 Timothy 6:14-16 KJV)

[5] -Forasmuch as ye know that ye were not redeemed with corruptible things, as silver and gold, from your vain conversation received by tradition from your fathers;

But with the precious blood of Christ, as of a lamb without blemish and without spot:

Who verily was foreordained before the foundation of the world, but was manifest in these last times for you,

Who by him do believe in God, that raised him up from the dead, and gave him glory; that your faith and hope might be in God.

Seeing ye have purified your souls in obeying the truth through the Spirit unto unfeigned love of the brethren, see that ye love one another with a pure heart fervently:

Being born again, not of corruptible seed, but of incorruptible, by the word of God, which liveth and abideth for ever. (1 Peter 1:18-23 KJV)

This site uses Akismet to reduce spam. Learn how your comment data is processed.

Word of the Day